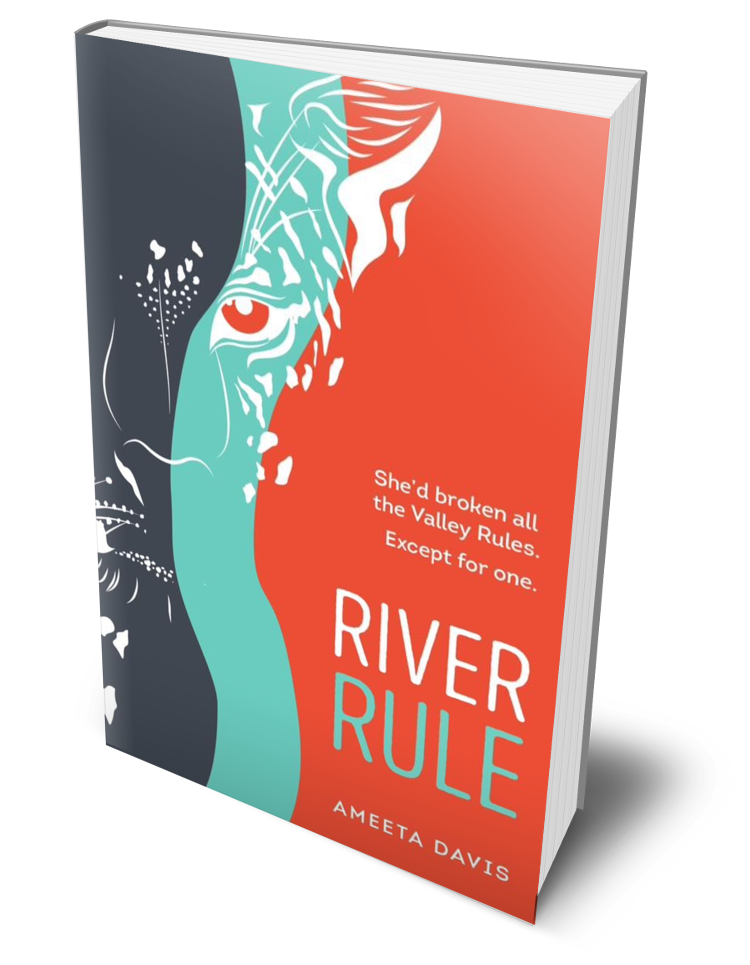 The jungle is closing in.

First it sends a welcoming party of parakeets.

Next, a garland of disembodied chicken parts.

Finally the tribesmen and their spears arrive demanding human trades of Avi and Una, the property developer's firstborn grandchildren.
Twice before, the jungle tried to take Una when she took risks. Twice Avi foiled their attempts. This time he's not there - yet she can feel him somewhere near.

River Rule is a dark, urban fantasy, which pivots precariously on the friendship between a boy and girl from different cultural backgrounds. It deals with deceit and treachery, but it shows that, even when familial unconditional love is withdrawn, strength and kindness can be found elsewhere - even in a jungle. 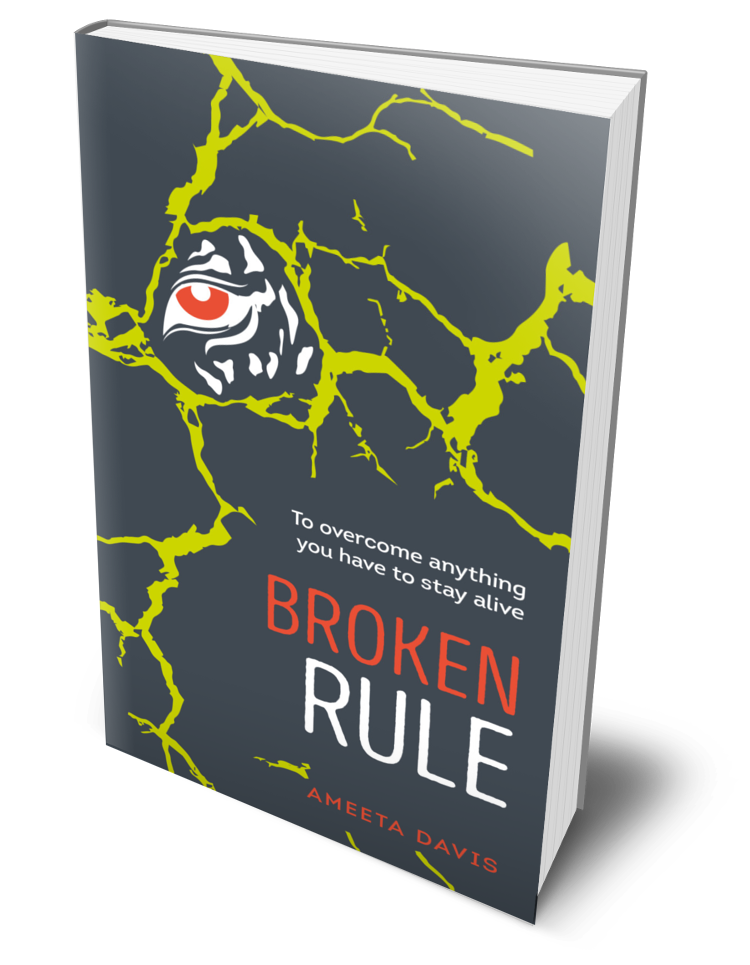 She broke a rule; the jungle’s hostility is palpable.

Others are spared the intensity of her punishment. Una struggles to understand why.

Cornered, she accepts her fate and sides with Wolf with unparalleled consequences. She is now his to manipulate.

Avi despairs. Aware of Una’s devastating actions, he struggles to link the Una he knows to the girl who now walks with the enemy. For the sake of the jungle, Avi remains committed to restoring peace – only one true leader can reign.

Broken Rule the second book in the River Rule Trilogy and is a dark, urban fantasy. It deals with a web of lies, deceit and betrayal. Can Avi and Una remain loyal to their missions, testing their fragile connection to the limit. Can their bond survive the ultimate betrayal?

River Rule "This is a fascinating story with a mystical quality which follows the dramatic, life-changing events of a headstrong teenager. An excellent and memorable read, and a perfect adventure story."

Your chance to get the first chapter of my new book  Broken Rule and first book River Rule.  I will send you free first chapters of my books.

Ameeta Davis lives in the Chiltern Hills in England. Her love of mythology began with her split upbringing  between her parents’ Indian household of Gods, goddesses, demigods and demons and Aunty Anne’s Polish and Welsh of Grimm’s tales and Celtic stories before she was seven and lived in Manchester.

Her love of mythological  stories grew when at seven she was sent to a boarding school in the Indian Himalayan foothills. During the holidays she lived with  her local guardians -her grandparents  who lived on the edge of a jungle beyond the main town.  With just a wall between her family and the jungle in the evenings there was much for the imagination to store and recreate years later in the River Rule Series.

This website uses cookies to improve your experience while you navigate through the website. Out of these cookies, the cookies that are categorized as necessary are stored on your browser as they are essential for the working of basic functionalities of the website. We also use third-party cookies that help us analyze and understand how you use this website. These cookies will be stored in your browser only with your consent. You also have the option to opt-out of these cookies. But opting out of some of these cookies may have an effect on your browsing experience.
Necessary Always Enabled
Necessary cookies are absolutely essential for the website to function properly. This category only includes cookies that ensures basic functionalities and security features of the website. These cookies do not store any personal information.
Non-necessary
Any cookies that may not be particularly necessary for the website to function and is used specifically to collect user personal data via analytics, ads, other embedded contents are termed as non-necessary cookies. It is mandatory to procure user consent prior to running these cookies on your website.
SAVE & ACCEPT